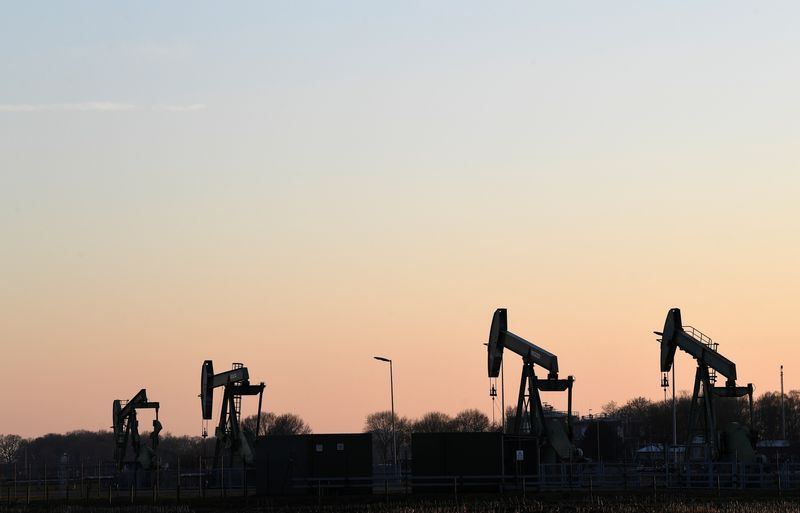 “There is plenty of reason for concerns here – the China COVID-19 situation and the fear of recession in the foreseeable future is putting pressure on markets,” Mizuho analyst Robert Yawger said.

The Chinese government raised export quotas for refined oil products in the first batch for 2023. Traders attributed the increase to expectations of poor domestic demand as the world’s largest crude importer continues to battle waves of infections.

Adding to the gloomy economic outlook, IMF Managing Director Kristalina Georgieva on Sunday said the economies of the United States, Europe and China, were all slowing simultaneously, making 2023 tougher than 2022 for the global economy.

The dollar posted its largest one-day rise in more than 2 week. A stronger dollar can crimp demand for oil as dollar-denominated commodities become more expensive for holders of other currencies.

On Wednesday, the market will scour minutes of the U.S. Fed’s December policy meeting. The Fed raised interest rates by 50 basis points (bps) in December after four consecutive increases of 75 bps each.

Oil stocks at the Cushing storage hub rose about 176,000 barrels to 28.6 million barrels in the week to Dec 30, a broker said, citing Genscape data.

Stockpiles of crude oil were expected to rise by 2.2 million last week, a preliminary Reuters poll showed on Tuesday.

On the supply side, the U.S. government released 2.7 million barrels of oil from the Strategic Petroleum Reserves last week, while oil major Chevron Corp (NYSE:)’s Pascagoula, Mississippi, refinery is set to receive the first cargo of Venezuelan crudein nearly 4 years, according to shipping documents seen by Reuters on Tuesday.

U.S. crude output in 2023 is expected to rise by an average of 620,000 barrels per day, according to the latest government estimates, a third less than the roughly 1 million bpd some forecasts called for at the start of the year.

Commerzbank (ETR:) said it expects the global economic outlook to play a “much more important role” in oil price developments than production decisions taken by the Organization of the Petroleum Exporting Countries (OPEC) and its allies, a group known collectively as OPEC+.

The bank expects signs of economic recovery “in key economic areas” to push Brent back towards $100 a barrel, which it said could happen from the second quarter of the year onwards.